This well know car came to us having already had an LS2 installed some years before. The installation was compromised to say the least and the new owner had asked us to re-engineer it.

The previous install had been done by trying to re-use many original TVR parts to keep the cost down and an ethos of making the car fit the engine rather than making the engine fit the car. It was running a T5 gearbox, Cerbera bell housing and clutch release (the Cerbera’s Achilles heal), the standard Camaro “deep” sump and some generic after market exhaust manifolds. This approach effectively dictated where the engine could be mounted leaving it sitting too high and too far forward in the engine bay and made the car unbalanced.

We removed the engine and gearbox, modified the route of the steering column in preparation to clear our exhaust manifolds, refreshed the engine bay with new heat shields and then reinstalled the engine on our own mounts. We coupled it to a new Tremec TR6060 6 speed gearbox, GM clutch and flywheel and gearbox oil cooler. We changed the sump for a much shallower Corvette sump allowing us to get the engine some 2” lower and 2” further back in the engine bay. We then made bespoke exhaust manifolds to fit the engine in its new position, remade the induction system and re-worked the cooling system with a new bespoke alloy header tank.

The results are a much neater engine install that works properly, it has a reliable clutch and gearbox arrangement and a much improved weight distribution and ultimately a better handling better performing car. 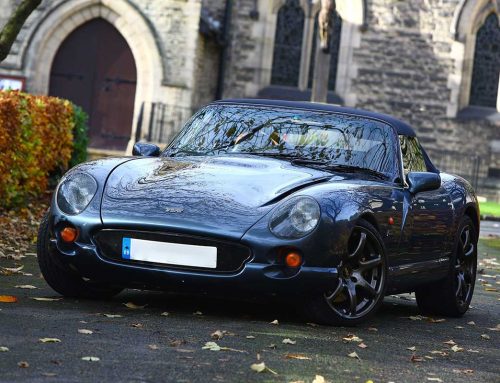 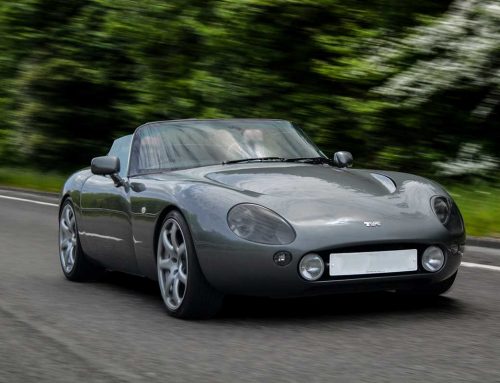 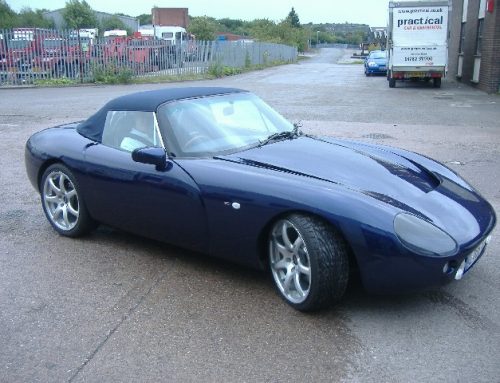